IE11/Safari fixes and manage your flowcharts

Recent updates brought support for IE11 and some fixes for Safari. Thanks to that performance of UI has improved for everybody.

Just FYI, if you need to manage your flowcharts today, we have three options:

Macros are basically inline functions. You can write a procedure in a macro block and then call it like if it was a function. code2flow will process macro contents the same if it was written by hand in the call spot. Note: you may call other macros inside a macro but call stack depth is limited to 5. Just FYI, the above code could be written using normal functions, like so: Use macros or functions according to your need. It's very easy to switch one to another.

Another improvement is better Optimize common feature that you can find in Appearance. How it works is it looks for blocks that have the same role, same text and point to the same other blocks. Such blocks can be merged into one since it's logically equivalent. Improved version is trying much harder to find optimization candidates. You can see the difference by opening the above example and disabling Optimize common in Appearance.

Hope you enjoy these improvements and feel free to leave your feedback.

We've improved the parser to handle comments in a much more intuitive way.

You can click on the example below to play with it: 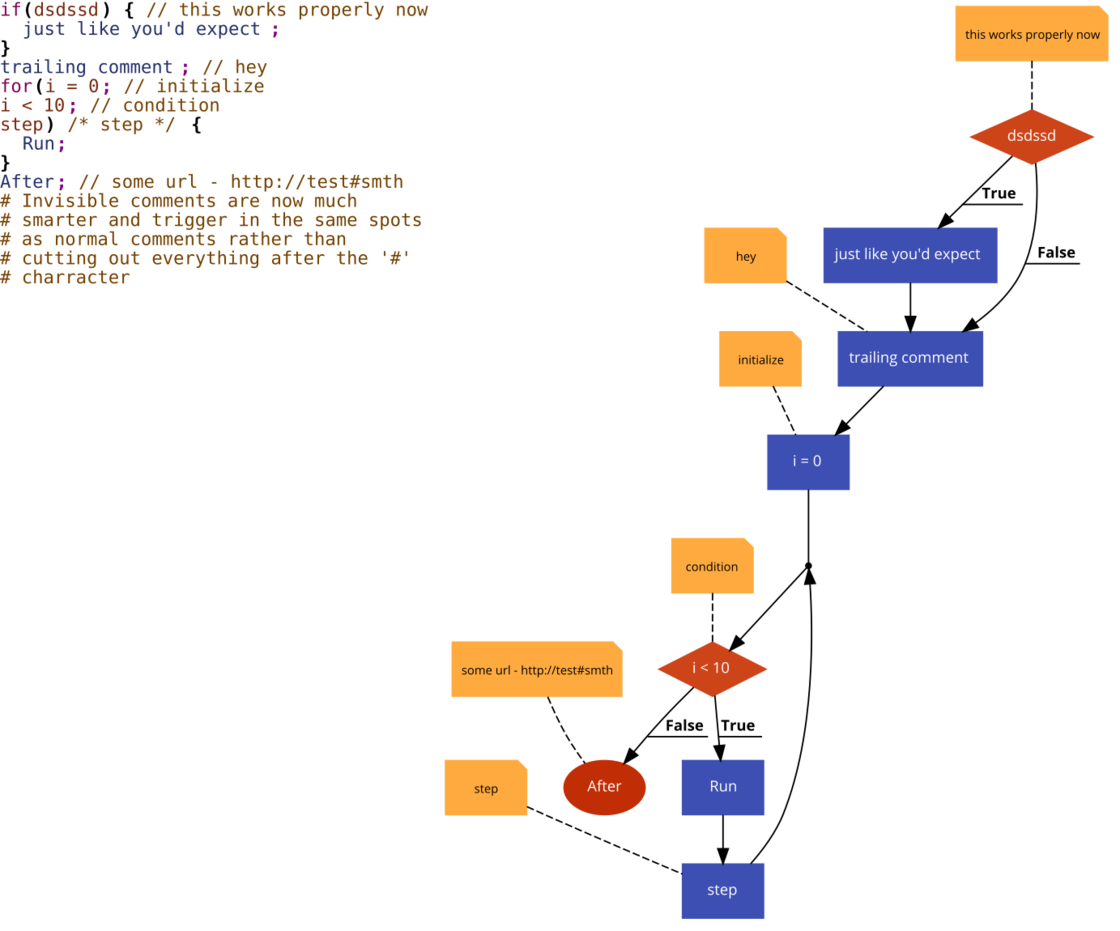 Please click on Feedback in the app if you find some cases to be broken.

Hey there, we're starting a public changelog so you're always up to date with all the updates, improvements and fixes that are made in code2flow.

Even though we work on code2flow all the time, sometimes it may seem that not much is happening. This changelog is here to improve that very important part of the communication between you and us.

You'll always receive an update when we change something in the app, or if needed all things we've changed is available on our public updates page.